ShapeTones is an audiovisual memory game for iOS (iPhone/iPad). It is an accessible game – it can be played by anyone, including players with hearing or visual impairments. A sequence of 3 shapes and tones (“ShapeTones”) is played, and the player tries to reproduce it. Tapping different areas of the screen trigger different ShapeTones. The game starts with 3 ShapeTones. As the game evolves, more ShapeTones become available. When a new ShapeTone is added, a trial screen is shown to demonstrate where each ShapeTone is triggered. Some surprises happen along the way. As a one player game, the sequence is created automatically. As a two player game, one player creates the sequence, passes the device to the other player, who tries to repeat it. They then swap the roles. 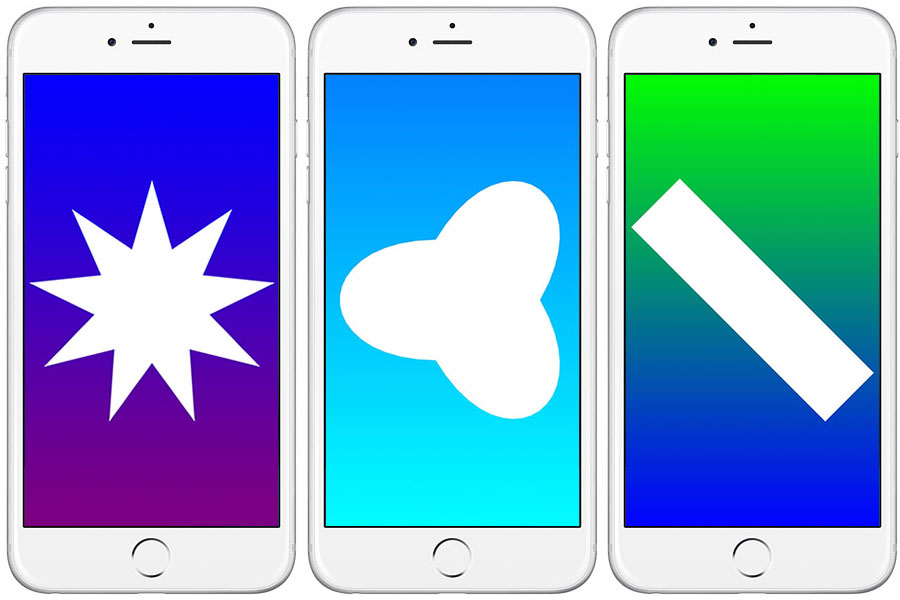