ofxAVUI is an openFrameworks addon that enables the creation of user interfaces (UI) with integrated audio and visual (AV) feedback. Different UI elements are combined into a UI “zone”. Each zone has a sound and a correspondent visualisation, which respond to changes in the UI. Multiple zones can be created. At the moment, the add-on contains the following UI elements: Button, Toggle, Slider, XY pad, Empty.

Multiple sound effects can be used, and UI elements can be routed to effect parameters and sound playback options. Currently, the add-on contains delay (with size and feedback) and filter (with frequency and resonance) effects. Playback speed and volume can also be used for UI feedback. Currently there are three visualisations available (Wave, Bars, Circles), but these can be easily expandable.

ofxAVUI has been conceived by Nuno Correia under the Enabling AVUIs research project, which has been recipient of a EU Marie Curie fellowship, and hosted by EAVI, Goldsmiths, University of London. It has been developed by Borut Kumperščak and Nuno Correia. It is based on AVZones iOS app and inspired by Gen.AV projects. It relies on openFrameworks and Maximilian. 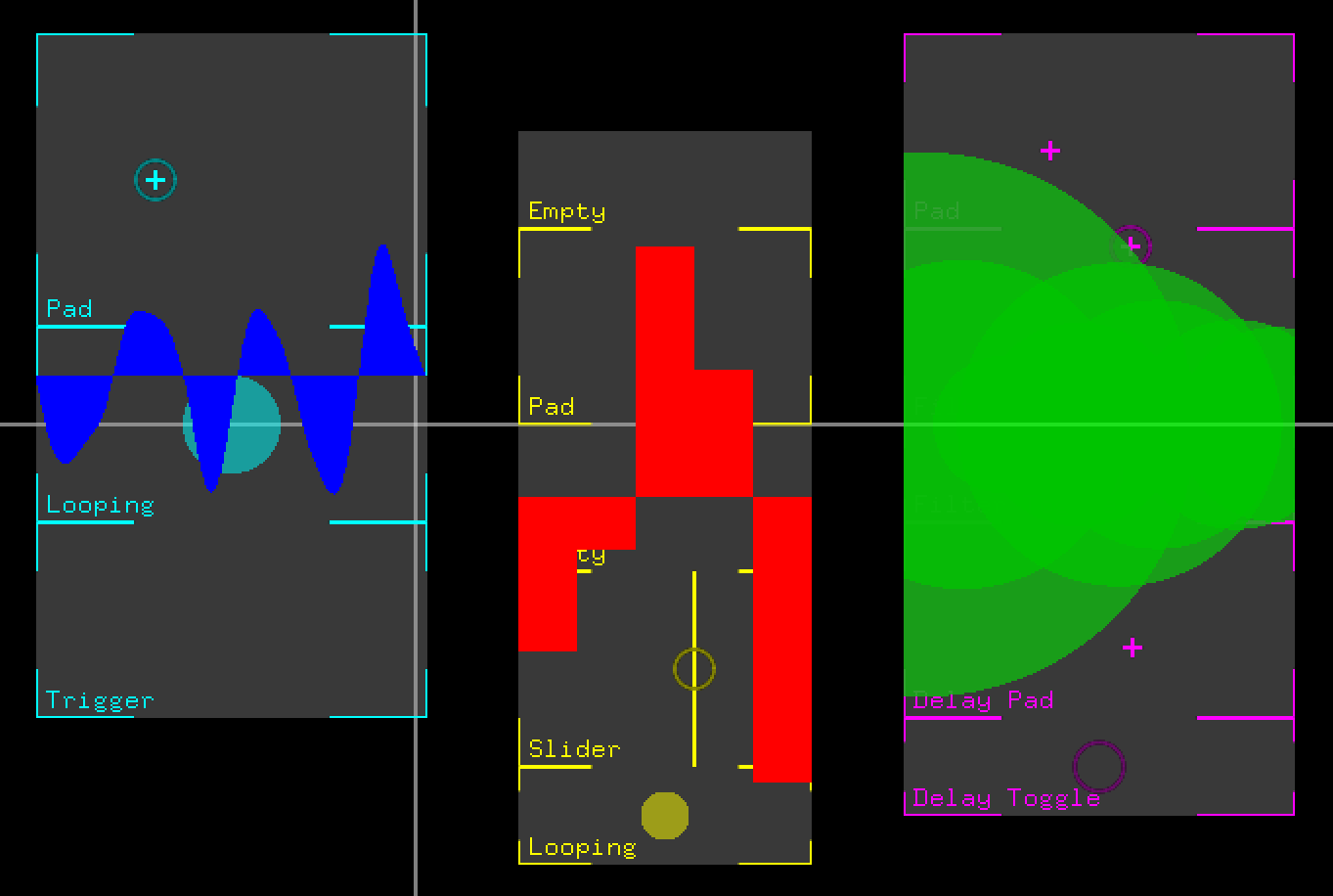