AVZones (AudioVisual Zones) is an iPad app for audiovisual performance, composed of an audio sequencer/looper with a visualizer. By default, 3 audiovisual columns or “zones” allow for the manipulation of 3 audio loops. Each zone had 3 XY pads for audio manipulation: pitch shift, delay and filter. There are 9 sounds available per zone. The application is scalable: the number of zones, XY pads and sounds can be modified in the code. In a performance, only the iPad is used for audiovisuals: the visuals from the iPad are projected behind the performer, and the sound comes from the iPad as well. AVZones is open source and work in progress, built with openFrameworks and Maximilian, and part of the Enabling AVUIs research project. The project is supported by a Marie Curie EU fellowship, and hosted by Goldsmiths, University of London, EAVI group.

The app will be submitted to the App Store within a few months. Meanwhile, the code is available on GitHub, and the app can be sideloaded manually on an iPad using Xcode 7 (sideload instructions here). 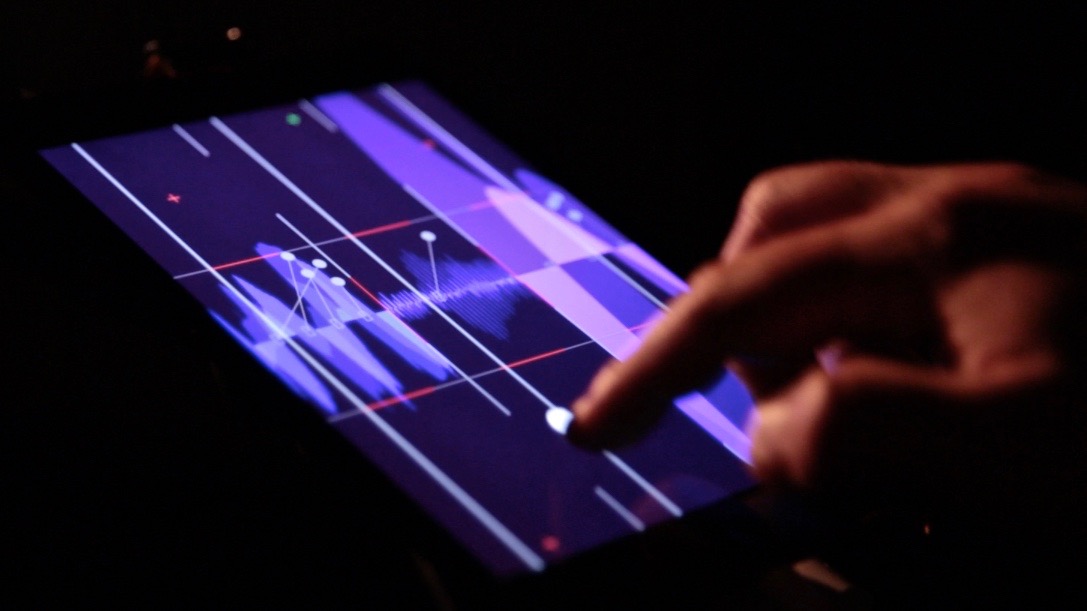