From sopi.aalto.fi/research/pesi:
The project deals with the social aspect of participation and musicianship dynamics in collective music performance. The PESI research proposes a novel collaborative environment using mobile phones as tangible and expressive musical instruments, in parallel with a spatial system. This extended system incorporates the mobile instruments and motion tracking technology to create an environment in which performers are not only free to move and interact with each other but where their social interactions contribute to the sonic outcome. PESI system is designed for co-located collaboration and provides embodied and spatial opportunities for musical exploration.

I worked on the project, as part of the SOPI research group, from October 2012 to February 2013, with Koray Tahiroglu and Miguel Espada. I was responsible for further developing an earlier prototype, using iOS and Objective-C.
I was responsible for:

I was also co-author of two papers on PESI – one presented as Work in Progress at ACM TEI (Tangible, Embedded and Embodied Interaction) 2013, the other one in press for NIME (New Interfaces for Musical Expression) 2013. 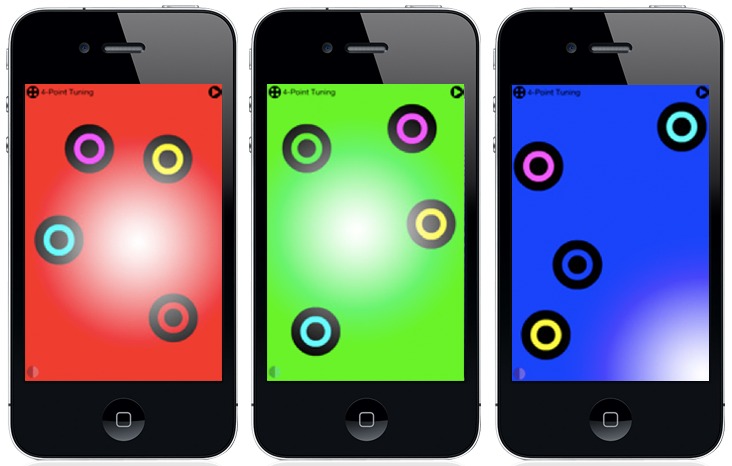